All seven events for the price of two! 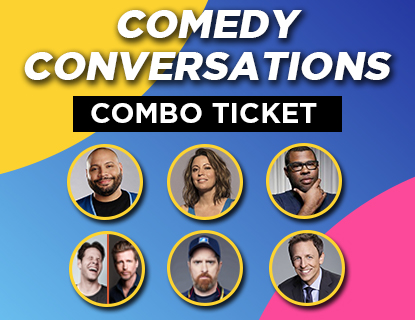 For seven consecutive nights during the festival, we present a Comedy Conversation with a different Boom Chicago alum. These Q&A’s will be streamed live from Boom Chicago on the Rozengracht with the hosts and a live in-theater audience. Get a chance to ask those burning questions! The guests will join us from New York and LA.


Tickets are available for single events.


The Comedy Conversation Pass gets you all seven events for the price of two.